Dobbs ruling is ‘a generational chance’ to end abortion – August 3, 2022

Goal is to abolish legal abortion at the moment of conception in all 50 states, says US attorney Tim Busch who co-founded Napa Institute. 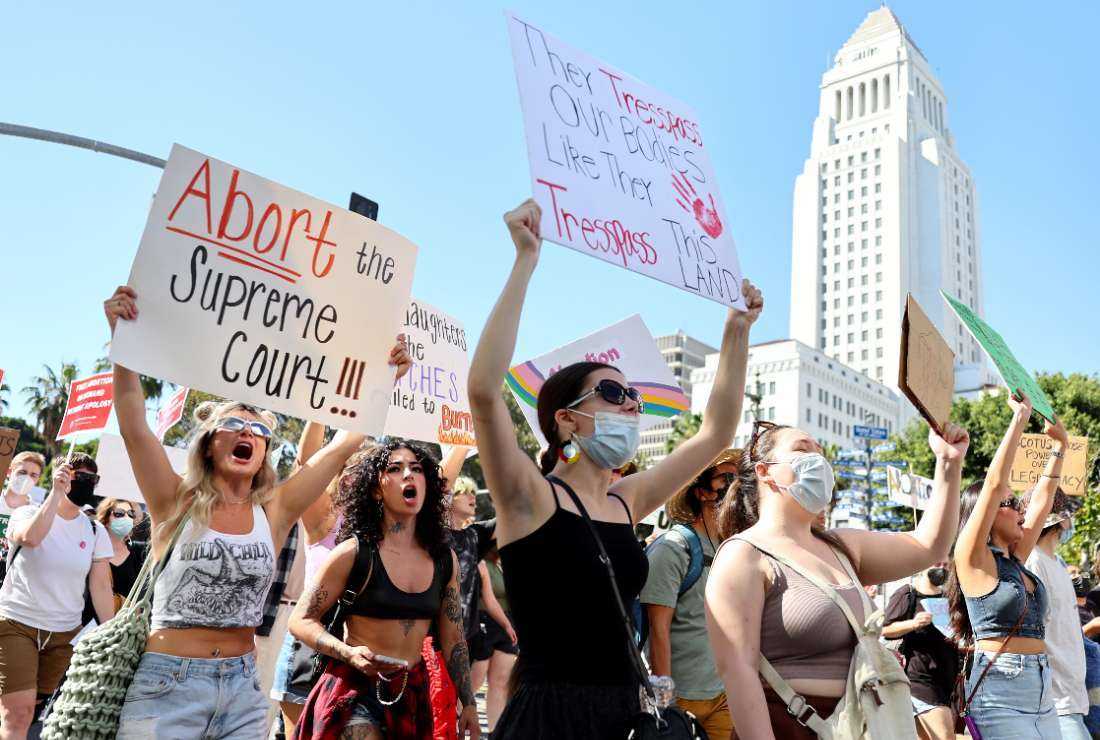 Although speakers at the annual summer conference of the Napa Institute found much to celebrate with the Supreme Court ruling that ended abortion as a constitutional right, they acknowledged the path forward is fraught with challenges.

The nonprofit Catholic institute’s conference was held July 27-31 at the Meritage Resort and Spa in Napa, California, and for the first time, attracted sidewalk protests about abortion and the mistreatment of Indigenous people.

The five-day conference drew about 800 attendees in person with thousands more watching online July 28-30 with keynote speeches and other sessions provided via a virtual conference.

“The morale of Catholics has never been higher, and the reason: because Roe v. Wade has been overturned,” said Tim Busch, an Orange County, California, attorney who co-founded the institute in 2010.

“We’ve been given a generational chance of protecting life and ending abortion once and for all,” he said in remarks July 28.

On June 24, the high court overturned its landmark 1973 Roe v. Wade ruling, which legalized abortion nationwide. The court’s move came in its decision in the Dobbs v. Jackson Women’s Health Organization, a case challenging Mississippi’s ban on abortion after 15 weeks.

The court upheld the state’s ban in a 6-3 vote and overturned Roe in a 5-4 vote, returning the issue of abortion to the states.

The goal, Busch said, is to abolish legal abortion at the moment of conception in all 50 states, which will require considerable effort in states where abortion remains legal. Thirteen states have enacted trigger laws that were in place in place to ban abortions right away upon Roe’s reversal.

“We now must engage in civil discourse with our fellow Americans about what abortion is truly doing to our country,” Busch said.

“The devil knows his lie is being unraveled,” he added. “We already have the heart of America. We just have to educate and inform them.”

Busch singled out for praise Leonard Leo, co-chairman of the Federalist Society, who was instrumental in the selection and confirmation of pro-life Supreme Court justices Neil Gorsuch, Brett Kavanaugh and Amy Coney Barrett. “This is why we have the court we have today and the court America deserves.”

“The war isn’t over,” Ryan Anderson, president of the Ethics and Public Policy Center in Washington, cautioned in a July 29 panel discussion. “It’s just entered a different, possibly violent, stage” as protests against the Supreme Court decision and threats to pregnancy resource centers escalate.

Anderson called the Dobbs ruling “really the beginning of a new chapter in the pro-life movement. Now we have not only the constitutional authority to protect unborn babies and their mothers from the legal violence of abortion, we have the obligation — we have the duty — to do so.”

But he warned, “We don’t yet have public opinion everywhere on our side — so we have to be in the persuasion business.”

The survey results also showed a wide partisan divide on the issue: 84% of Democrats said abortion should be legal in all or most cases, compared with 38% of Republicans.

“We need to have public sentiment on our side,” Anderson said. To that end, he said the argument needs to be “Yes, it’s a human being, yes, it’s a human person, yes, it’s my equal, because we’re all made in the image and likeness of God.”

Key to the argument, he said, is that “abortion is predicated on a lie of what female equality looks like. It takes my body as the norm, and it tells my wife that her body is somehow defective, and that in order to be equal to me, she needs to sterilize her body and she needs to kill her own children.”

“For the past 50 years, we’ve built a culture based on that lie,” he concluded.

Anderson called for “high-tech targeted marketing” as an initial step in changing that culture.

In another July 30 presentation, former Illinois congressman Dan Lipinski, who was considered the lone pro-life Democrat in the House of Representatives when he lost his 2020 primary, said that polling showed “Americans believe that the divide in our nation … is an elemental threat.”

“With no God-given respect for human dignity,” Lipinski said, the political culture is now so coarse, “women are called traitors to their sex because they are pro-life,” and Supreme Court Justice Clarence Thomas, another pro-life advocate, is called “a traitor to his race.”

“I have never regretted my choice not to become … a sectarian Democrat,” he said. “I’m not going to give up on my fight.”

Until he lost the 2020 Democratic primary over the issue of abortion, Lipinski had represented the 3rd Congressional District of Illinois in the U.S. House since 2005.

In another July 28 presentation, Father Roger Landry warned, “Cultural poisons are being poured into nearly all aspects of life.”

Father Landry, the attaché to the permanent observer mission of the Holy See at the United Nations, said Catholics should “resist the growing ideologies of our age.” That means “to resist being manipulated,” he said.

“Jesus doesn’t just show us the path. He says he is the path,” Landry concluded. “We speak the truth, even when it’s hard or unpopular.”

The Napa Institute was founded in response to a warning by now-retired Archbishop Charles J. Chaput of Philadelphia about “the next America,” which he wrote would be hostile to morality and religious freedom and grow increasingly secular.

According to its website, Napa Institute events are built on “the three pillars” of community, formation and liturgy.

At the summer conference, Masses were available every 45 minutes, and attendees were encouraged to build connections through meals, wine tasting and evening activities.

Kurt Jensen is a report for Catholic News Service.